* ever since my parents, sisters, and I finished the first one–albeit it with certain reservations. I’d heard that at least one of the episodes in Season 2 was quite smutty, and while I enjoyed the first season, I took issue with the way it portrayed a few of the characters–Queen Elizabeth the Queen Mother, in particular.

While I still have those same objections and caveats (that seventh episode was really bad) I found the second season just as fascinating as the first one…but not quite as enjoyable.

Based on an award-winning play (“The Audience”) by showrunner Peter Morgan, this lavish, Netflix-original drama chronicles the life of Queen Elizabeth II (Claire Foy) from the 1940s to modern times. The series begins with an inside look at the early reign of the queen, who ascended the throne at age 25 after the death of her father, King George VI. As the decades pass, personal intrigues, romances, and political rivalries are revealed in events that shaped the later years of the 20th century. — Google synopsis

The first season of The Crown

* ended with Queen Elizabeth II and her husband Prince Philip on rocky matrimonial ground. Her sister Princess Margaret had just been denied marriage with the divorced Captain Peter Townsend, while Britain braced for conflict in Egypt over the Suez Canal.

Season 2 opens with Philip preparing for his grand tour in the southern hemisphere. Lo and behold, he and Elizabeth actually seem to be on good terms. But any hopes for marital stability unravel when the wife of Philip’s personal secretary accuses her husband of adultery–while Elizabeth, in turn, finds a picture of a ballerina in Philip’s briefcase. Between that and the accusations that the secretary/BFF has been fooling around, Elizabeth fears her own husband might have veered off the straight and narrow.

(FACT CHECK: Was Prince Philip unfaithful to Queen Elizabeth II? Nobody knows for sure. The Palace has categorically denied it, of course, but they would. We probably won’t know for sure until both Prince Philip and the Queen are long gone and biographers are permitted a deeper peek into Palace correspondence and classified materials. I do think The Crown: Season Two

* does a very good job of handling the unknown with a tasteful and ambiguous delicacy.)

Between Philip and Margaret, poor Elizabeth has her hands full of drama. Margaret, thankfully, plays a much smaller role in this season, but she still gets two whole episodes devoted to her and to her new boyfriend, Anthony “Tony” Armstrong-Jones. And regardless of the fact that he’s played by Matthew Goode, he is REPULSIVE. (I really need to watch Leap Year again so I can recall the good ol’ days when Matthew Goode played a nice boy.)

Meanwhile, the Queen continues to grow, stumble, learn, and adapt in her role. She also continues to deal with troubled Prime Ministers. After the Suez Canal crisis, Anthony Eden leaves 10 Downing Street a broken and brittle man; enter his successor, Harold MacMillan, whose pomposity conceals a deep grief over his own wife’s unfaithfulness. Most of the political drama of this season centers around Eden and MacMillan’s scandal-ridden governments. But even Elizabeth soon finds herself the focus of harsh criticism–much of it more constructive than she initially thinks–when she delivers a tone-deaf speech written by ultra-traditionalist private secretaries.

Yet my favorite episode, “Vergangenheit,” shows her at her finest, as she learns of her uncle David’s involvement in Nazi plots to defeat  England during World War II. This isn’t artistic license, either: David (briefly known as King Edward VIII before his abdication) and his American wife really did have treasonous connections with the Nazis. Overwhelmed with anger, Elizabeth turns to her new friend, Billy Graham, for counsel. Graham and the Queen did meet on several occasions, and while we don’t know if they discussed this issue, I couldn’t have been more pleased with the way the writers handled it. They could’ve easily made Graham a Bible-thumping caricature, or downplayed Queen Elizabeth’s well-documented faith. Instead, Graham is portrayed a man of great sensitivity and respect, and his counsel and Elizabeth’s resolve to balance justice and mercy see her safely through.

This episode (like the seventh episode of Season One

*, “Scientia Potentia Est”) remind me why I admire Elizabeth II so much. This fictionalized retelling of her history draws heavily on what we do know of her character: soft-spoken and introspective, dutiful and long-suffering. She always strives to do the right thing by her family and her country, yet she hates conflict and worries about what others think of her (as seen in the episode “Dear Mrs. Kennedy”–she feels upstaged and ineffective compared to the far more glamorous Jacqueline Kennedy).

But when it comes time to stand her ground and speak up, Elizabeth doesn’t hesitate. As we see several times in both seasons of The Crown, Elizabeth can be the fierce and majestic Queen she was absolutely born to be. It just takes her some time to work up a conviction that she is doing the right thing, no matter how unpleasant or painful it might be.

*, I can recommend it only with strong caveats: both of Margaret’s episodes (#4 and #7) had some very inappropriate scenes, I’m still enormously displeased with the way the show portrays the Queen Mother (who was actually a very kind and jolly woman), and there are at least 3 F-bombs (all uttered by Tony Armstrong-Jones). Because of these issues, I didn’t find it as enjoyable as Season One

*. But it’s a solid successor that ends on a MUCH happier note! The final scenes are so heartwarming, and the last thirty seconds or so absolutely hilarious. 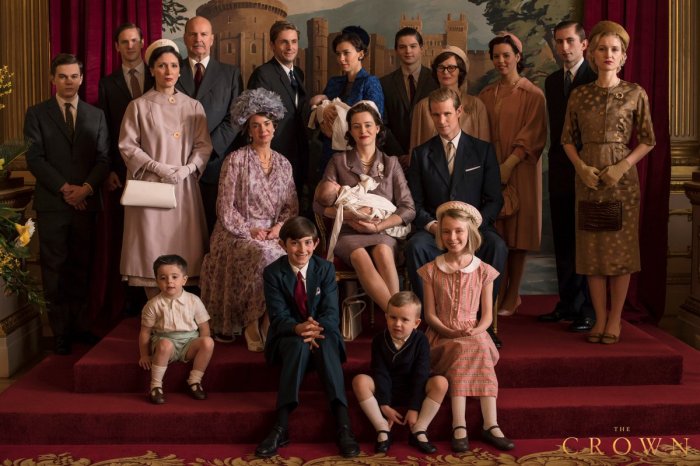 P.S. Goodbye, Claire Foy and Matt Smith. I am sorry you’re being re-cast for the next season. You were both marvelous.

So if you care to find me…

If you’re looking for something specific…

Except for the home page’s header image, which I photographed myself, I usually fetch my images for this blog off of Google Images, Pinterest, or stock photo sites like Unsplash and Pexels. I credit my images accordingly and/or as well as I can.