Disclosure: This post contains Amazon Affiliate Links, meaning that I receive a small commission if you make any purchase through my links marked clearly with an asterisk, at no cost to you. Please read my full disclosure for more info.

I heard someone say recently that for J.R.R. Tolkien, The Lord of the Rings

* was a happy accident. For decades Tolkien had been working on the mythopoeic saga of a world war fought over three powerful jewels–but when he submitted a draft after the success of The Hobbit

*, his publishers rejected it as being “too Celtic.” As a result, Tolkien began working on “a new story about Hobbits,” which became The Lord of the Rings.  But that wasn’t the end of his mythic darling. Tolkien, perfectionist that he was, never finished it in his lifetime, but his son Christopher did. Or, at least, he compiled his father’s writings into a majestic narrative, one that adds even greater depth to his more popular works: The Silmarillion 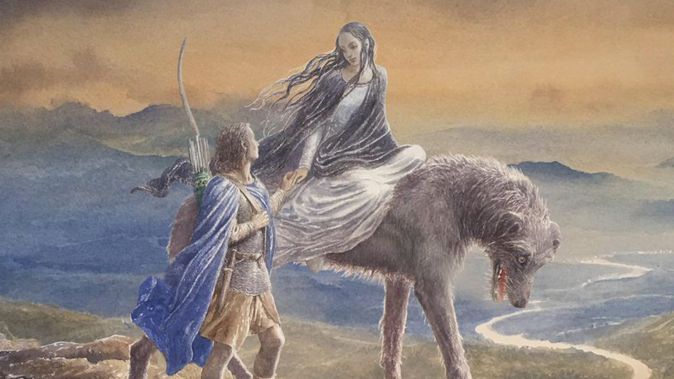 My copy of The Silmarillion is fifteen years old this year, and it’s looking its age. It had been years since I last read it, but back in October I picked it up, inspired by several podcasts I’d listened to about Tolkien as well as the Tolkien biopic (which I reviewed here). To my surprise, it proved more theologically-rich than I remembered. Maybe it’s because I know more about Tolkien now, and I see more clearly what he was doing. Or maybe I’m like Lucy Pevensie in Prince Caspian: every year I grow, I find “Aslan” even bigger in everything I read and watch.

Except in The Silmarillion, “Aslan” doesn’t go by that name. He is Eru Ilúvatar, the omniscient, omnipresent, omnipotent Creator of Middle-Earth.

* is, in many ways, Tolkien’s theodicy. It is the story of how Melkor, one of the powerful Valar (Archangels), rebelled against Ilúvatar’s Great Music. But it is also the story of how Ilúvatar proves to him that:

…thou, Melkor, shalt see that no theme may be played that hath not its uttermost source in me, nor can any altar the music in my despite. For he that attempted this shall prove but mine instrument in the devising of things more wonderful, which he himself hath not imagined. [emphasis mine]

Contrary to popular opinion, Melkor, not Sauron, is the Satan-figure of Tolkien’s legendarium. Sauron is only a servant of Melkor, who, under the later name of Morgoth, sows discord and darkness among Elves, Men, and Dwarves. When Feanor, a passionate Elf-lord, creates the three beautiful Silmarils, Morgoth ensnares him and his people in a war of jealousy, lust, and fury. Before long the Elves are killing each other, Men worship Morgoth, and Orcs and dragons swarm through Middle-Earth. And yet–and yet!–remnants are preserved. The call of Valinor, the Blessed Realm in the West, still reaches many hearts. As one of the first Men, Beor, tells the Elves:

A darkness lies behind us, and we have turned our backs upon it, and we do not desire to return thither even in thought. Westwards our hearts have been turned, and we believe that there we shall find Light.

Beor has never seen Valinor–yet he yearns for it. This longing for home permeates The Silmarillion

*. The Elves who left Valinor in anger soon grow sad and homesick; the Men who’ve never seen it ache for it. “Certainly there was an Eden on this very unhappy earth,” wrote Tolkien in one of his many letters to his son Christopher. “We all long for it, and we are constantly glimpsing it: our whole nature at its best and least corrupted, its gentlest and most humane, is still soaked with the sense of exile.” Through the homesickness, though, there is joy. In spite of the Elven Kinslaying, or the Battle of Unnumbered Tears, or the tragedy of Turin Turambar, or the Fall of Gondolin, there are…

yet some [tales] in which amid weeping there is joy, and under the shadow of death [a] light that endures.

The Tale of Beren and Luthien, a heroic Man and an Elven princess, leads to the story of Tuor and Idril, another romantic Man/Elf pairing. These love matches bring together their estranged races and eventually produce one of Middle-Earth’s greatest heroes: Eärendil, who makes the dangerous journey to Valinor and appeals to the Valar for help. His bravery leads to the Chaining of Morgoth, while Eärendil himself is rewarded with an eternal voyage through the heavens, bearing the last surviving Silmaril aboard his star-trekking ship. In The Lord of the Rings, Galadriel gives Frodo a phial containing the light from Eärendil’s ship…which is, of course, the light of the Silmaril…which contains in its own turn the holy light of the Trees of Valinor. Eärendil’s ship is also most likely the star Sam spots in Mordor, the star which reminds him that there is a “light and a high beauty which no Shadow can touch.” 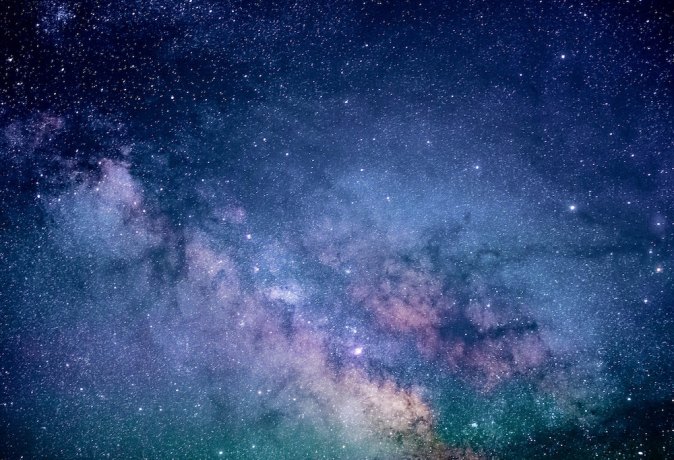 Photo by Jeremy Thomas on Unsplash

* is not for the faint of heart: it reads more like Beowulf or The Iliad (minus the poetry) than The Lord of the Rings. That said, it is a deeply Christian work whose influence can be seen even in Peter Jackson’s cinematic trilogy. When I hear Gandalf tell Frodo in the Mines of Moria, “You were meant to have the Ring,” I remember: Ilúvatar planned this at the beginning of the world, in the Ainulindalë! When I watch Frodo hold the Phial of Galadriel in Shelob’s Lair and hear him invoke the Valar, I think: That’s the light of a Silmaril–and the very light of the Blessed Realm! So yes, The Silmarillion is a weighty work–but it is a thing of beauty and will deepen your Lord of the Rings experience, whether you’ve read the books or just seen the movies. Read it, and you, too, may find yourself “wander[ing] ever westward,” heeding the rumor that “in the West there [is] a light which the Shadow [cannot] dim.”

9 Comments on “Book Review: The Silmarillion”