The Greatest Showman: An Interview With My Littlest Sisters

I wanted to write a review of The Greatest Showman

* for this week’s post, but while I was washing dishes one evening I thought, “Could I approach it from a different angle?” The answer to that question surprised and delighted me: why not interview the biggest fans of The Greatest Showman in your life? Namely, my two littlest sisters, 11-year-old Lillie and 8-year-old Joy. Trust me, if you think you’re a TGS fan, they could give you a run for your money. I mean, do you have top hats and write your own little stories about circus life with P.T., Charity, Philip, Anne, Lettie, and Tom Thumb? Yeah, didn’t think so.

Without further ado, here’s the transcript of a 10-minute interview I conducted with my sisters about this historically-inaccurate but very endearing musical. For the most part, this is the entire interview; I kept editing to a minimum.

M: All right, so tell me about going to see The Greatest Showman for the first time at the theater. What was it like? We’ll go with Lillie first for this one.

L: Well, I was really excited! At first when I saw the trailer I was like, “Well, it looks like a good movie…” but I wasn’t very excited about it. But the closer we got, I got more excited about it. And so then when we went to see it, it was really, really fun. I was kinda nervous because I didn’t know what was gonna happen [during the movie].

M: Yeah, it was very surprising—it had some twists that you weren’t expecting!

J: I knew that it was gonna be very good movie!

M: How did you know? 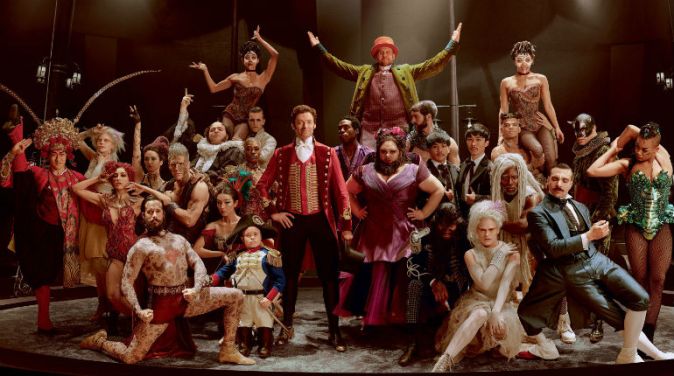 “When it’s covered in all the colored lights, where the runaways are running the night/ impossible comes true, it’s taking over you/ Oh, this is the greatest show!” (All pictures are from Google Images.)

M. What is your favorite song and why?

M: Tell me about your favorite character. What do you admire the most about him/her?

L: My favorite character is probably…umm…I guess…Philip Carlyle. He stood up to his parents and stood up for himself because he was in love with Anne, and they didn’t like her because she was black. And I think that’s so sweet [that he did that for Anne].

J: My favorite is Charity!

M: And why is she your favorite?

M: But WHY is she a good character? Give me some specifics. What is the best thing about her? What do you admire about her?

M: Even when he’s being a jerk?

“A million dreams, for a world we’re gonna make!”

M: What do you think is the most important lesson in The Greatest Showman?

L: Well…the director said it was kinda like It’s A Wonderful Life in its message, in its lesson, because P.T. Barnum realizes that, y’know—

J: He only cared about himself.

L: Yeah, and [about] money. But then at the end he realized that he should care more about other people, and that his family was more important than the money.

J: That you can’t risk your whole life and your family for your job. 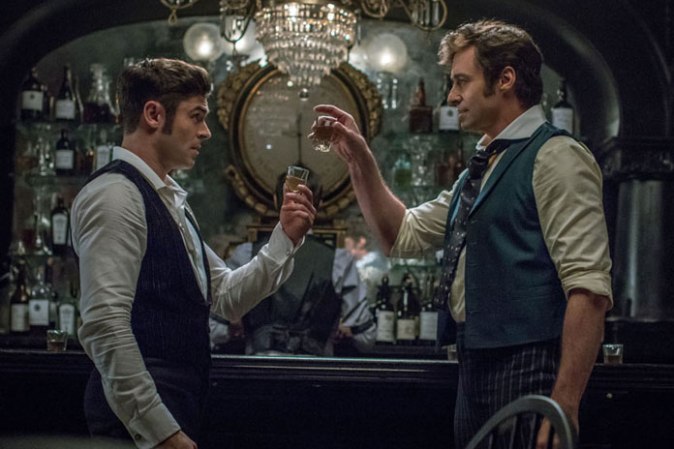 “Suddenly we’re free to fly! We’re goin’ to the other side!”

M: Lillie, Philip and Anne are your favorites. What can we learn from their story?

L: Well…in that time it wasn’t really accepted that, like, they would be together and stuff [because she’s African-American] and he’s not, and he probably grew up thinking that you shouldn’t be with different people. But then he fell in love with her, so…

M: So he defies society because it doesn’t really matter what color you are.

M: Joy, Barum and Charity are YOUR favorites. What can we learn from their story—and Jenny Lind’s? Because their story kinda goes with Jenny’s, doesn’t it?

J: She was kinda good at the beginning, but then she started to be a flop.

J: Well, because she was kinda in love with him!

M: Right, and that was a big problem because—

M: RIGHT! But he wasn’t really good either because he was letting himself be in situations where he wasn’t above reproach. But then you have Charity…and what is she trying to do while this is going on?

M: But she stuck with him. She was loyal.

L: She still loved him! 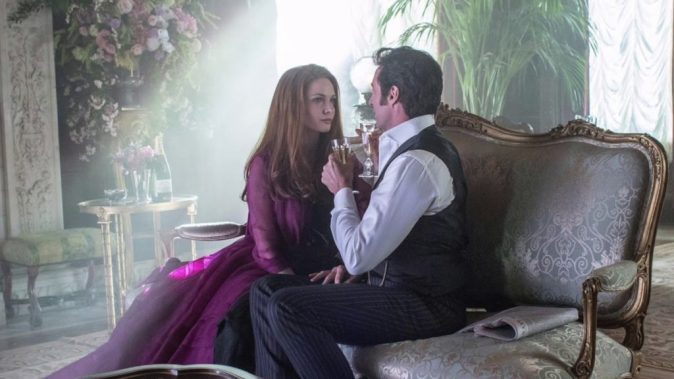 “All the shine of a thousand spotlights, all the stars we steal from the night sky will never be enough…”

M: What do you think is the funniest part?

L: When P.T. Barnum is trying to get Philip to introduce him to Jenny Lind, and they’re fighting over how to do it!

J: When they go see Queen Victoria and she starts laughing at something Tom Thumb says!

M: That actually, happened, you know.

M: Yep. And Queen Victoria really liked Tom Thumb and wanted to make sure P.T. Barnum was treating him right. So that’s your little Victoria trivia for the day. Okay, next question…what do you think is the coolest part in The Greatest Showman?

L: The whole choreography of “The Other Side.” 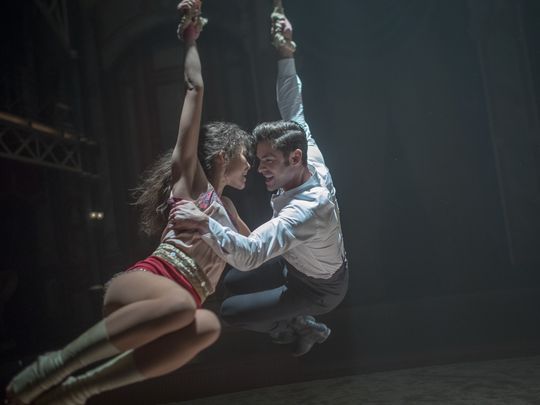 M: You know what I think is the coolest part? When Anne looks up at Philip while they’re singing “This Is Me.”

M: Okay, so if you could join the circus, what would your act be?

L: Hmm…I would probably be a trapeze artist, if I could.

M: Umm…(*laughs*)…okay. So if someone asked you why they should see The Greatest Showman, what would you say?

L: It has such a good story! And it’s so sweet. Even though bad things happen, at the end it’s so sweet and happy. And you get the idea that everything turned out okay.

J: It has a good lesson and message! And a good story. And a LOT of good characters.

M: Well, this has been a lot of fun and I think this is gonna make a great blog post. Thank you so much for doing this for me! 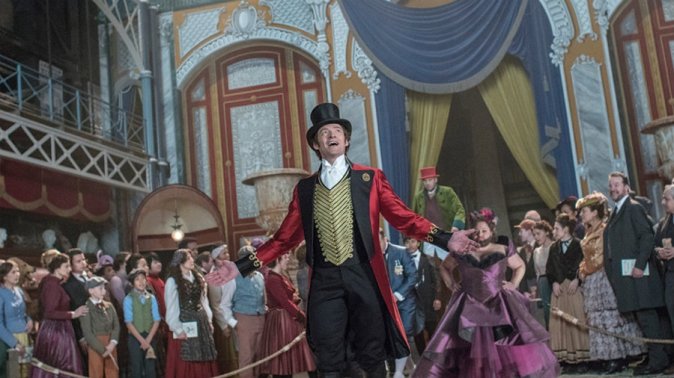 “From now on, these eyes will not be blinded by the lights…”

Obviously this isn’t a full-fledged review, but I have a feeling most people have seen this film by now anyway. And besides, we three had way too much fun doing this together!

Have you seen The Greatest Showman

*? If not, you certainly have Lillie and Joy’s enthusiastic recommendation 😉

← My Personal 19th Century Aesthetic (or, The Costumes of “Victoria: Season 1”)
“Whatchya Writin’?” →

10 Comments on “The Greatest Showman: An Interview With My Littlest Sisters”