Can I rise to the challenge of giving my opinion on these six movies I saw recently in a hundred words (or less)?

Let’s see, shall we?

Continuing in the tradition of sensible, sarcastic dudes cleaning up after John Hammond’s hare-brained vision of a world with terrifying-but-absolutely-gorgeous dinosaurs, Jurassic World: Fallen Kingdom picks up a few years after its blockbuster predecessor left off. While it’s not quite as brilliant as Jurassic World, it definitely hearkens back to Jurassic Park: The Lost World and still contains the thought-provoking ethical dilemmas that both the franchise and our postmodern, science-driven world are known for. Also: Chris Pratt in Dad Mode is the kind of A+ content we need and deserve.

The Murder on the Orient Express

I went into this one with no expectations whatsoever. I’ve never read an Agatha Christie mystery nor have I watched any episodes of David Suchet’s Poirot—so please, if you’re a Christie enthusiast, don’t murder me (pun intended) for thoroughly enjoying Murder On The Orient Express

*. Since watching it I’ve discovered that fans of the book were generally dissatisfied with this adaptation, but have mercy on me—I was on the edge of my seat the whole time and in love with the music and the cinematography…in spite of its morally unsatisfying conclusion. 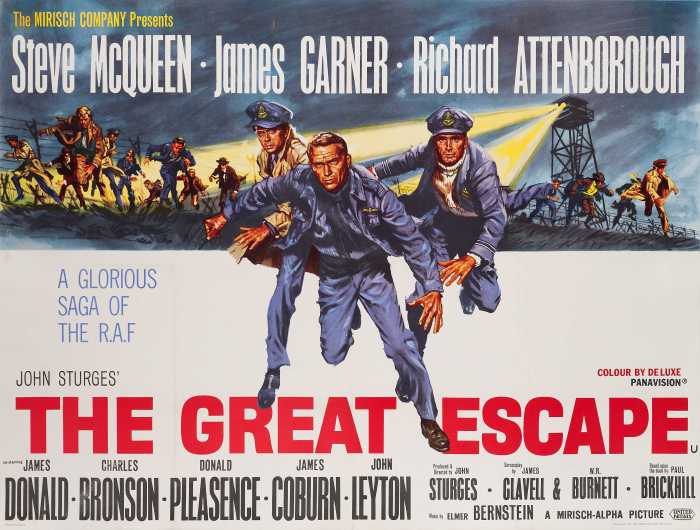 * tells the somewhat-fictionalized-but-still-based-on-truth story of one of the biggest escapes from a Nazi prisoner-of-war camp. While it’s not the greatest World War II film I’ve ever seen (my biggest complaint was that it’s very, verrrrrrry long and laboriously-paced) it still engaged my emotions and had me in suspense—and it was my first time seeing Steve McQueen in action. Also, as a longtime fan of Hogan’s Heroes, it was fun picking out the ways that show parodied this movie. 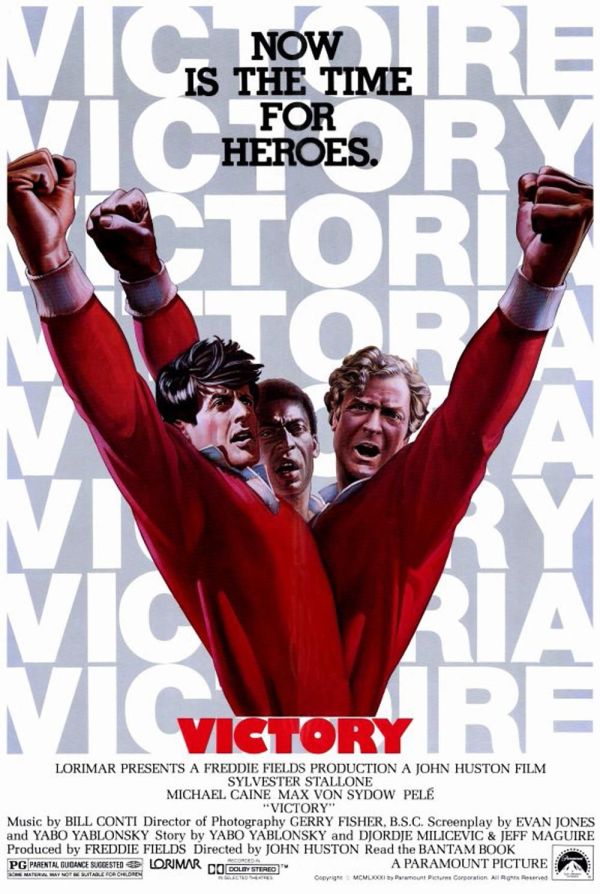 This is another, far more fictionalized Allied-prisoners-escape-the-Nazis film, but with a twist: soccer (or football, if you’re European) is involved. I enjoyed Victory

* more than The Great Escape mainly because it has better pacing—but also, I admit, because it had a much happier ending. It also gave me a greater appreciation for soccer: I wouldn’t mind watching a real game one day! And last but not least: Sylvester Stallone and Michael Caine are awesome. Trust Moi to develop a soft spot for the manly Englishman—although you’ll never hear me objecting to Stallone, either. 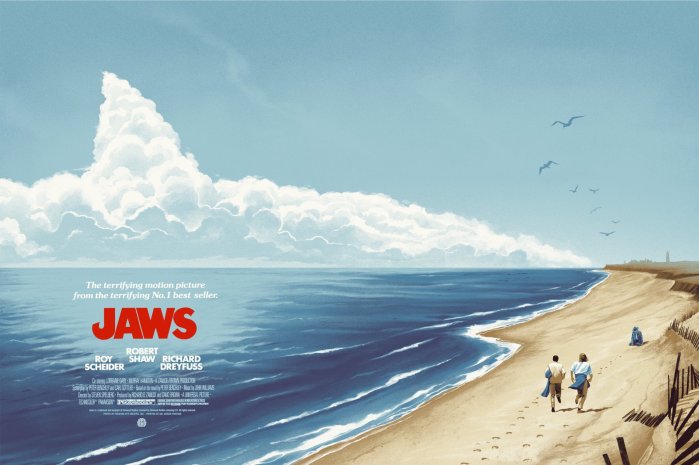 The only reason we watched this one is because my brother Ben is currently fascinated with the story of the USS Indianapolis (if you don’t know about it, Google it now), and the Indianapolis is mentioned in Jaws

*. I was a bit underwhelmed by this classic, to be honest. There was one part where I did jump sky-high, I was so startled—and the end did get a bit gory—but overall it was kinda…”meh.” Jurassic Park is way better, if only because the characters are better-developed and far more lovable. Jaws is mostly hype.

WE WAITED 14 YEARS FOR THIS MOVIE AND IT DID NOT DISAPPOINT. I’m gonna be That Person, too, and say it was even better than the first one. Think about it: the first Incredibles film came out long before Iron Man jumpstarted the superhero movie phenomenon—so this one, was able to demolish all the stereotypes and tropes we’ve come to expect while still giving us a good old-fashioned superhero story! Every member of the Parr Family got his or her chance to shine, the humor and plot were ON POINT, and Edna was perfect. As she should be.

(100 WORDS BECAUSE INCREDIBLES II DESERVES EVERY SINGLE ONE.)