Disclosure: This post contains Amazon Affiliate Links, meaning that I receive a small commission if you make any purchase through my links marked clearly with an asterisk, at no cost to you. Please read my full disclosure for more info.

Being an artist of any stripe is a rewarding and glorious calling. And the good news is that we’re all artists; we’re all creatives! The mother who works hard to make her home a place of light and comfort, or the student who strives to do his or her very best work, is as much an artist as the painter who fashions a swirling, starry night on canvas. It’s just part and parcel of being made in the image of an artistic Creator-God.

But that also means we’re all susceptible to the nagging fear that nothing we do will amount to much in the end. We pour our hearts into our “babies”–whether those are literal babies or our novels, assignments, paintings, symphonies–and yet we wonder…is it really worth the blood, sweat, and tears?

* assures us that yes, it is absolutely worth it…because our art reverberates in ways we never expected or imagined. 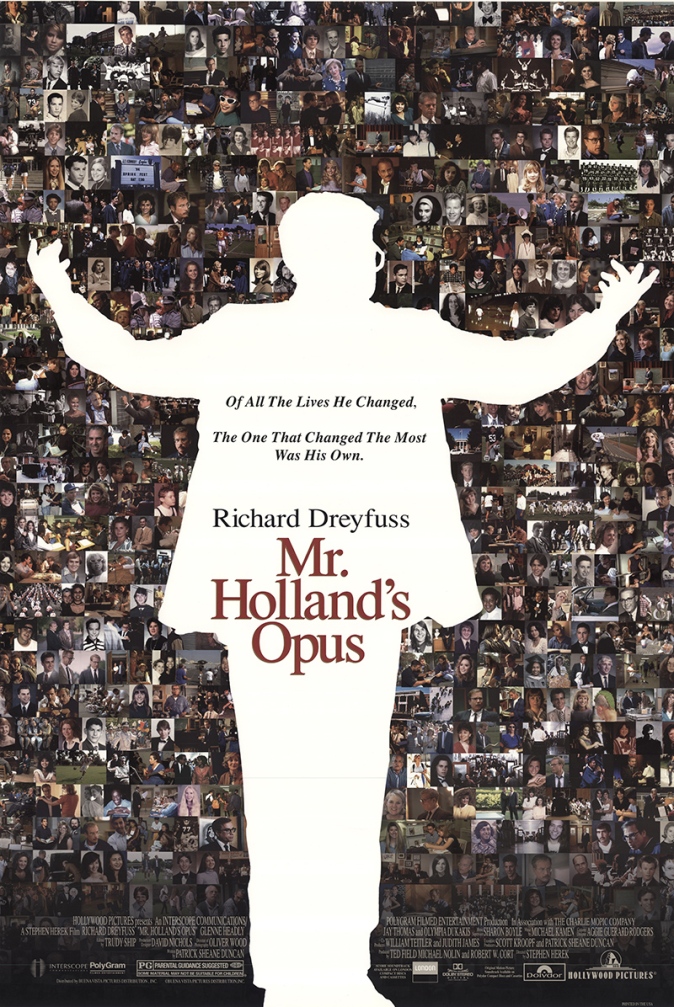 Glenn Holland starts out as a frustrated young man, newly married and obsessed with a dream he just doesn’t have time to chase. He wants to write a sweeping new “American symphony,” but pressing priorities (like providing for his family) take precedence over his piano. With great reluctance, he takes a job teaching music at a high school.

Unsurprisingly, he’s an awful instructor. He’d rather be at home with his own music, and it shows. But when the school’s indomitable principal confronts him about his behavior, she finally strikes a chord:

A teacher has two jobs; fill young minds with knowledge, yes– but more important, give those minds a compass so that that knowledge doesn’t go to waste.

Once Mr. Holland finally recognizes his disinterested students’ potential, his attitude changes. He takes a vested interest in them, using popular music to bring some of the more abstract concepts in his class down to a level they understand. But most importantly, he encourages these discouraged, lonely kids to embrace the magic of the music.

As the years pass, Mr. Holland faces all sorts of challenges: the birth of his deaf son, the Vietnam War, recalcitrant kids, and even the (ultimately rejected) allurement of a young and talented beauty. Through it all, he chips away at his symphony–though he fears he’s poured so much of himself into everyone and everything else, its grand potential (and his own) will never be realized. 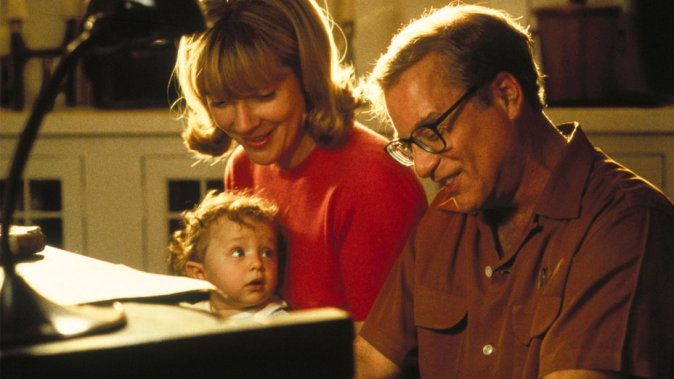 What Mr. Holland doesn’t see, however, is that he’s already having a profound impact on his own small world. Through his quiet faithfulness and his undying love for music, he inspires three decades’ worth of students to cultivate their own imaginations, chase their dreams, and enrich the world. As one of his former students says:

There is not a life in this room that you have not touched, and each of us is a better person because of you. We are your symphony, Mr. Holland. We are the melodies and the notes of your opus. We are the music of your life.

After years of patient toil, Mr. Holland’s own students perform his triumphant “American Symphony.” Surrounded by his friends, his devoted wife, and their son (who, like Beethoven, “hears” the music by vibration), Mr. Holland’s opus finally takes flight. 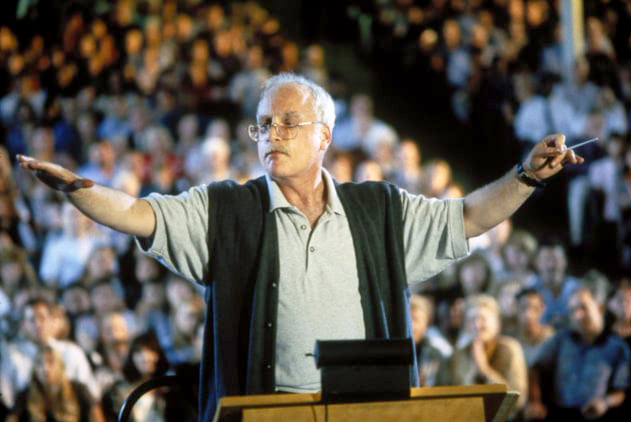 It’s all very reminiscent of It’s a Wonderful Life: even the smallest life has eternal significance, and it’s a truly beautiful message. But for me, Mr. Holland’s Opus

* emphasized how important it is that we teach the arts to our children–not so they can rattle off random facts about Rembrandt, Beethoven, or Austen, but so that they’ll be keenly aware of the enchantment, the beauty, and the redemptive story of God’s creation.

When Mr. Holland’s school cuts all funding for the arts, the new principal pompously declares that “if I’m forced to choose between Mozart or reading and writing and long division, I choose long division.” Mr. Holland sadly replies, “Well, I guess you can cut the arts as much as you want. Sooner or later, these kids aren’t going to have anything to read or write about.”

Reading, writing, division, chemistry, etc., are very important. No one is denying that. But as Andrew Peterson writes in his book Adorning the Dark

*, “Those of us who write, who sing, who paint, must remember that to a child a song may glow like a nightlight in a scary bedroom. It may be the only thing holding back the monsters.”

Mr. Holland gave his students a sword in tumultuous times, reminding them in his own simple way (as Peterson also puts it) “that the good guys win, that the stories are true, and that a fool’s hope may be the best kind.” May we all be ready to give the people around us that same gift, no matter where our God-given, creative talents take us.

← My 7 Writing Music Recommendations!
10 Reasons Why I Loved “Star Wars: The Last Jedi” →